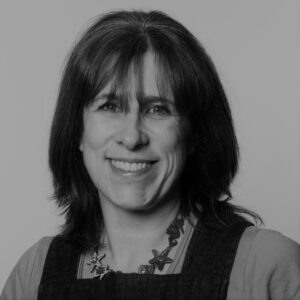 Louise has worked with the Northern England Clinical Networks since their inception in 2013, including recently leading the professional engagement programme for the Great North Care Record.

In her role as Network Delivery Manager with the Northern England Maternity Network team, Louise facilitates the delivery of network aims, specifically working with clinicians who are members of the Labour Ward Leads forum, the Maternal Medicine Network and the Fetal Medicine group. She also supports training and on-line events.

She has almost thirty years’ NHS experience including leadership of national training and education programmes for the Department of Health where she co-produced the influential training DVD ‘Computers in the Consulting Room’. She has also produced three books including as co-author of “eClinical Governance: a guide for primary care” (Simpson and Robinson, 2002).

In 2012, with an NHS colleague from Bristol, Louise developed and launched an award winning health app for people managing the symptoms of fatigue. With Dr Toby Lowe, she was recipient of an ESRC funded project, building a development programme for Learning Community Facilitators.

Louise works part-time for the Maternity, Children and Families Network alongside studying for a PhD at Newcastle University’s Population Health Sciences Institute. She is a trained UIC facilitator and an Associate Member of the Faculty of Clinical Informatics.